The almost worldwide Corona pandemic has brought great turmoil to all our lives. Even those who were spared from infection or even Covid-19 disease experienced a number of restrictions. But besides home schooling and home office, there were also some positive aspects. For example, many people discovered jogging for themselves – to keep fit and as a balance to computer work. We at TSCNET are happy to support this! As a little replacement for the world-famous Oktoberfest – the world’ s largest festival had to be cancelled this year for the first time since the end of World War II – we invited people to participate in the “Oktoberfest Run” with “VirtualRunners” at the beginning of October.

Our employees could choose to run a 5 or 10 km long course, from any location they wanted. Everyone ran for himself – in true “social distancing” – but in a real competition. The runs were documented together with the time – and a lot came together: Besides runs along the Isar or through the huge English Garden in the city centre, others chose the Olympic Park or the Nymphenburg Palace Park. All in all no real substitute for the “Wiesn”, but either way a good idea. In the next few days, all participants will receive their medal – perhaps this will spur them on for the next run. Good luck, good legs! 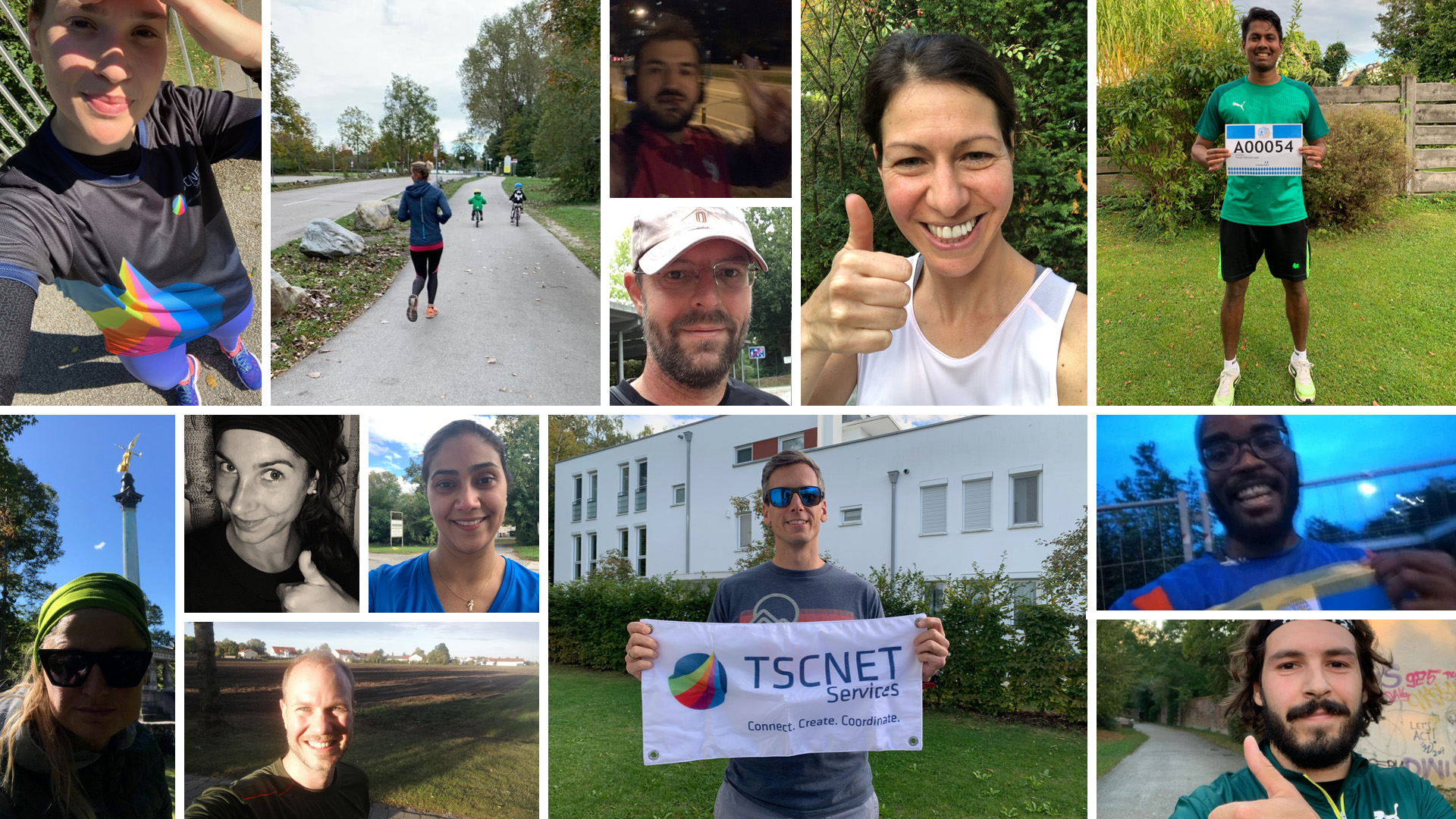 TSCNET Services at the Munich Marathon

“Running! If there’s any activity happier, more exhilarating, more nourishing to the imagination, I can’t think of what it might be. In running the mind flees with the body, the mysterious efflorescence of language seems to pulse in the brain, in rhythm with our feet and the swinging of our arms.” You don’t have to express it as pathetically as the US-American writer Joyce Carol Oates. It’s actually quite banal: “When it comes to health, even a little bit of running is beneficial—and more is better,” says the health blog of the Harvard Medical School.

Exactly 21,096 runners were at the start of this year’s Munich Marathon in October, the biggest running event in Bavaria. The winner did not even need two and a half hours to complete the 42,195 kilometre course. Admittedly, the about a dozen TSCNET employees who took part in the race in fantastic weather were somewhat slower. And most of them preferred the 10-kilometer distance, to be honest – from the famous Olympic Park through Schwabing to the “Siegestor” (triumphal arch) and back to the Olympic Stadium. A course like a sightseeing tour! Nevertheless: They can all be proud! And we are proud of our running team!

See article on single page
This website only uses necessary cookies that are required for the operation of our website and are essential to enable you to navigate the website and use its features. These cookies are primarily session cookies or connection cookies. Strictly necessary cookies are not persistently stored on your computer or device and are deleted when you close the browser. If you continue to use this site we will assume that you agree with this. You can find further information in our Privacy Policy. Ok