A polyglot engineer eager for change

“IT infrastructure is the beating heart of the organisation,” says Michael Klazema, an American expert on digital consulting and technological innovation. So, the fact that our IT Infrastructure Services division has picked up speed over the past few weeks is fitting. With the newly hired Jeffrey Morales, there is now also an IT Service Manager at TSCNET Services. The 33-year-old comes originally from Manila, capital of the Philippines, which has also been called “The Pearl of the Orient Sea” since the middle of the 18th century.

In Manila, Jeffrey completed a Bachelor of Science in Computer Engineering from the Polytechnic University of the Philippines. After nine years, he began his Master of Science studies in Management at the Technical University of Munich (TUM, Technical University Munich), which he almost completed in the meantime – mostly alongside his full-time job. Jeffrey has 12 years of professional experience, that involves moving across the world from Manila to Singapore to New York to Frankfurt and now to Munich. He started his career in Manila right after university. After three years at HP & SunPower Philippines, the Swiss bank UBS hired him as an expat and brought him to Singapore. Later he joined Singapore Telecommunications (Singtel) and spent considerable amount of time in New York for business development projects with lots of flights between the American East Coast and the coast of Malaysia.

“Challenging the status quo” finally led our new co-worker to Germany. Here he worked for the Bavarian government and learnt German in a hurry – from the problem that hardly any of his fellow workers spoke English well enough, he made an advantage. “Learning the local language is a sign of respect,” says Jeffrey. And it greatly facilitates integration in the new home country. Now the fervent blogger studied and speaks five other languages in addition to German and Filipino as his mother tongue: English, Japanese, Korean, Spanish and a little French. No wonder good friends call him a “polyglot engineer”.

Helpful around the globe
The travel enthusiast has already visited 45 countries – in just nine years. In 2015, he completely circumnavigated the world – from the Maldives via Singapore and the Philippines to China, then via Alaska and through the USA via Great Britain and continental Europe to Georgia and finally via South Korea back to the Philippines. Travelling educates and helps to reflect. “The more I see different people from different walks of life of different cultures, the more I see myself as just a speck of life, it humbles you,” Jeffrey describes it. “And the less importance you give to troubles and stress.”

As IT Service Manager at TSCNET, Jeffrey wants to help the company exploit its potential, especially for its customers. He wants to create changes: With a personal touch, he wants to get involved and help make the processes more efficient – he never wants to be the “loudest voice in the room”, but always “one of the most effective”.

Jeffrey also wants to change things for the better outside of his work – which is why he has often volunteered for organisations that are committed to improving the lives of people in need. “We only have one life to live, so it’s better to use it wisely,” he says. “Filipinos are known for their helpfulness and for caring for their fellow human beings,” writes the magazine “Inquirer” – our new arrival seems to be a prime example of this.

Staff position: Back home to create the new

Sometimes a fresh start can also be a comeback, and this is the case with Veronika Doppelhammer, the new Program Manager for Coordinated Security Analysis (CSA) Transformation at TSCNET Services. Some ten years ago, Veronika left the world of transmission system operators (TSOs) to further expand her professional experience. Now, she returns to the TSO business by taking on a task that is most challenging and truly in need of a responsible-minded expert. In her new role as CSA Transformation Manager, Veronika will lead the further functional and IT-related developments in one of the most important service areas. In this area, our company supports its customers in identifying and managing bottlenecks and risks in the European electricity grid. The CSA services will be further extended to allow better coordination and advice. “This most important and complex venture has to be run by an absolute professional,” says Maik Neubauer, one of our Managing Directors.

Veronika was born in Bavaria and received the degree of a Dipl.-Ing. Elektrotechnik at the University of Applied Sciences in the Lower Bavarian capital of Landshut. She completed her diploma thesis as working student at the hydropower division of the Bayernwerk AG. Veronika’s first TSO experience followed in a six-month project at Technikon Pretoria (now merged into the Tshwane University of Technology) in cooperation with the South African TSO Eskom. Subsequently, the electrical engineer fulfilled various positions and management roles in energy companies ‒ such as several divisions of E.ON Energie AG and the Swiss TSO Swissgrid – and gathered substantial experience in the fields of strategy and business development, regulatory and risk management. Especially at TSCNET shareholder Swissgrid, for which Veronika worked until 2007, former colleagues are looking forward to collaborate with Veronika again.

Veronika is excited to be challenged by the new project at TSCNET Services. She is eager to get new functionalities ready in time, but always with an open eye to regulatory requirements and customer satisfaction. “I have held various positions in many areas of the energy sector, not only electricity but also gas. I worked in small start-ups and large corporations always having in mind to improve interface management,” explains Veronika. With this experience and as a part of the TSCNET management, Veronika wants to enable the (young) team of TSCNET to fully use their potential.

The common tool for data exchange and security assessments (CTDS) is the key to effective day ahead, intraday, and real time grid security analyses for the customers of TSCNET. After more than two years of preparation, TSCNET’s IT Services & Development team now succeeded in deploying the youngest release.

The new version offers a performance upgrade for the business processes. Part of the existing software architecture and the hardware setup were redesigned. This upgrade significantly shortens computation time of contingency and load-flow analysis and increases overall performance of the solution considerably. This shortens the overall daily and intraday operation and supports faster recognition of security breaches allowing TSCNET operators to act accordingly and to coordinate the planning of remedial actions across Europe.

Speedy roll-out
Hand in hand with the vendor, Unicorn Systems, TSCNET managed all technical challenges and organised a seamless roll-out of the new version to its customers, the TSC member TSOs. The whole deployment process for all customers could be finished within a few days.

Following the redesign and major performance upgrade of the tool and the successful deployment, the management of TSCNET decided to use this event to re-brand the tool to “AMICA” (advanced multisite integral congestion assessment module). “Success depends upon previous preparation,” said Confucius. “AMICA” gives proof.

Alexander Wirth, Managing Director for Administration and Organisation and responsible for the IT development at TSCNET, stated: “The results of this major upgrade successfully demonstrate the effectiveness of our long-term IT strategy and the excellent cooperation with our IT vendor. In the last two years, we worked hard to jointly re-design the software architecture and the hardware setup. That’s why the management decided to re-brand the tool.”

Miroslav Hasek of Unicorn Systems added: “TSC is our long term customer and we are fully committed to deliver our services to support them in their primary goals. This release was a big step and we believe to deliver high quality services to TSC also in the future.” 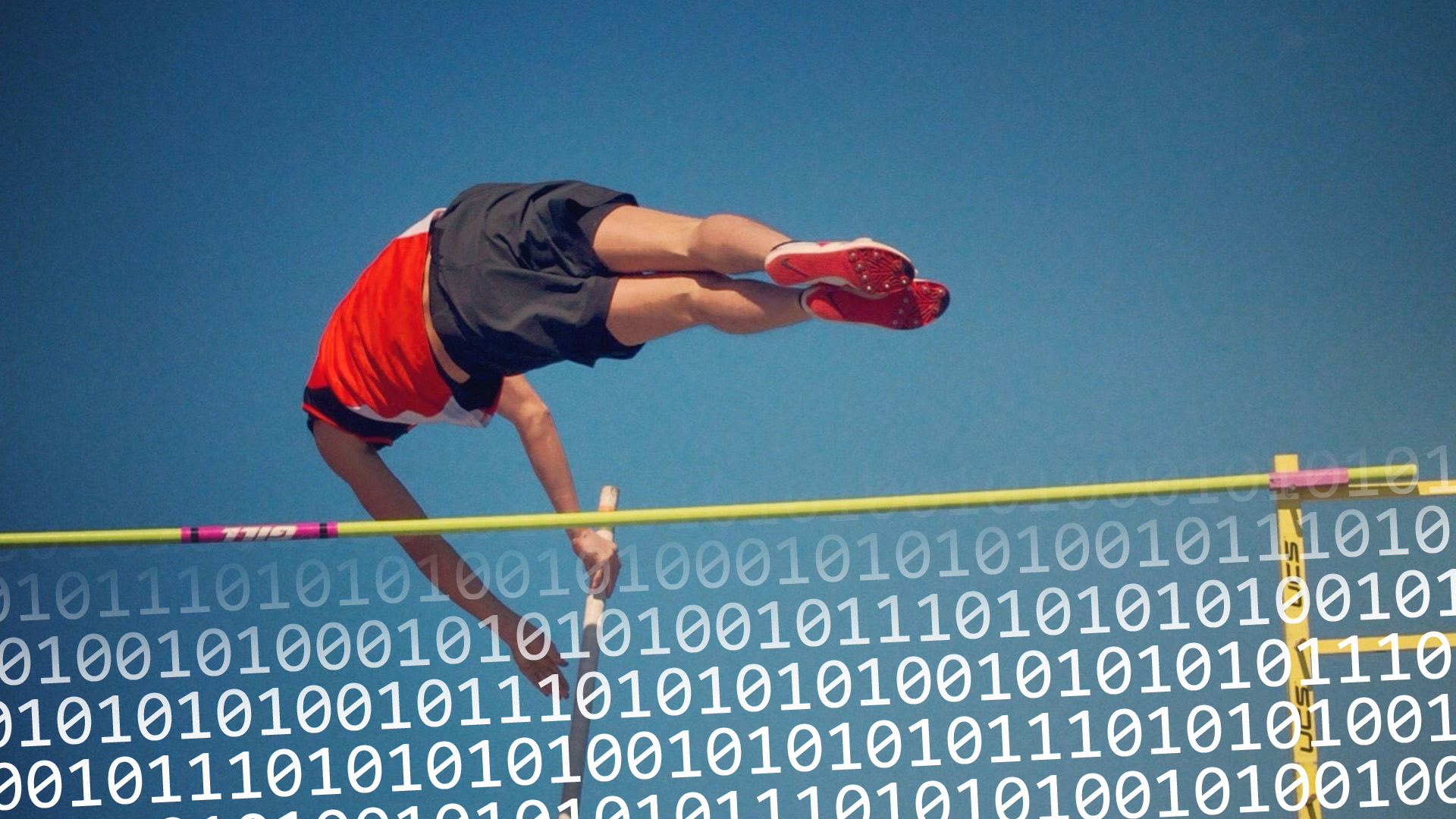