In the Borssele offshore wind farm area in the south-western part of the Dutch North Sea, Borssele Alpha, the first and largest connection system for wind farms from the Dutch-German transmission system operator (TSO) TenneT in Dutch territorial waters, is already in operation. Now the TSCNET shareholder is in the process of installing Borssele Beta to connect further wind farms, in this case Borssele III and IV that are still under construction. The topside of the offshore transformer platform for Borssele Beta is now ready for shipping. It was built at the construction yard of the offshore platform specialist HSM Offshore in Schiedam in the Rotterdam-The Hague metropolitan area and will be put to sea on 22 March 2020.

When the pontoon carrying the 3,650-tonne superstructure arrives at its destination, a crane vessel will place the top side on the platform substructure (jacket). The top side comprises three interior levels and an outer deck. It is 25 metres high, 58 metres long and 32 metres wide. The Borssele Beta grid connection will have a capacity of 700MW and is scheduled to be commissioned on 1 September 2020. The Borssele III, IV, and V wind farms, which are located about 22km from the coast, will be connected to this transmission system. Borssele V by the Two Towers consortium has been designated as an innovation site within the wind farm zone and will be connected to Borssele Beta. The electricity generated by these offshore wind farms will then be transported ashore via two 67-kilometre-long cables to the high-voltage transformer station near the town of Borssele in the Dutch province of Zeeland.

Marco Kuijpers, Director Offshore Projects a TenneT, comments on the TSO’s progress in offshore expansion: “With this platform, the offshore grid that TenneT is building in the Dutch North Sea is definitively taking shape. Borssele Beta is the second offshore grid connection built by TenneT. Over the coming eight years we will build a new offshore connection every year. I am proud that we are able to make such a significant contribution to the energy transition in which offshore wind energy plays a crucial role.”

TenneT also assumes a marine ecological responsibility and makes its offshore platforms available for other uses. The TSO cooperates in this respect with the Dutch Directorate-General for Public Works and Water Management (Rijkswaterstaat). The Borssele Beta offshore platform therefore also features a Maritime Information Provision Service Point (MIVSP). This is a monitoring station with various monitoring systems, such as nautical radars, meteorological systems and ecological monitoring systems. Similar stations are being installed on every TenneT offshore transformer platform.

The topside of the offshore transformer platform Borssele Beta of TenneT is constructed and ready for shipping (picture: HSM Offshore)

Just one month ago, TSCNET shareholder TenneT fully implemented BorWin3 in the German Bight, the twelfth offshore grid connection project of the Dutch-German transmission system operator (TSO). Now there is once again good news for the energy transition, this time from the Dutch North Sea: Borssele Alpha, TenneT’s first and largest connection system for wind farms in Dutch territorial waters, is ready for operation – right on schedule and within budget. From 2020 on, Borssele Alpha will supply the green electricity from the offshore wind farms Borssele I and II ashore.

The two Borssele wind farms will have a capacity of around 700MW. The Borssele Alpha grid connection will transmit the electricity to the substation near the town of Borssele in the Dutch province of Zeeland, where TenneT has built a new transformer station next to the existing station. The Borssele grid connection is TenneT’s first Dutch major project under the National Energy Agreement for offshore wind farms and fully complies with the conditions set out in the Dutch government’s Offshore Wind Energy Development Framework.

According to the Energy Agreement, TenneT will have installed 3,500MW of grid connections for offshore wind farms by the end of 2023. The next project is Borssele Beta, followed by Hollandse Kust (zuid) Alpha and Beta and Hollandse Kust (noord). TenneT’s standardised procedure for offshore connections will make it possible to complete these projects more efficiently, quickly and economically. In line with the Dutch Follow-up Roadmap for Offshore Wind Energy, a further 6,100MW of offshore wind energy will be realised between 2024 and 2030.

Last weekend, the first submarine cable from the Borssele Alpha transformer platform landed on the Dutch coast, marking a significant progress in connecting the Borssele offshore wind farm area in the southwest part of the Dutch North Sea to the onshore high-voltage grid of TSCNET shareholder TenneT. The Borssele grid connection is the first large-scale project of the Dutch-German transmission system operator (TSO) carried out under the Dutch National Energy Agreement for offshore wind farms.

The last section of the cable laying was quite critical due to the crossing of a ferry route, but during the closure of the shipping traffic everything went according to plan. After the landing of the submarine cable, its installation was continued ashore up to the newly constructed onshore transformer substation. In the coming weeks preparations will be made to connect the second submarine cable for the Borssele Alpha project to the transformer station.

The first submarine cable of the Borssele grid connection of TenneT has reached the coast (picture: TenneT)

The expansion of the transmission infrastructure for the integration of renewable energies is a cardinal obligation for transmission system operators (TSO) in the 21st century. As far as TSCNET shareholder TenneT is concerned, the ongoing efforts of the Dutch-German TSO to promote sustainable energy sources are not limited to the physical implementation of infrastructure projects. TenneT is also active on the financial market as the largest corporate issuer of Green Debt in the Netherlands.

Now, the TSO has again successfully issued €1.25bn of long term Green Bonds on the Dutch market in two tranches of €500m and €750m respectively. This adds up to €6.25bn of green issuances since TenneT established its green financing framework in 2015. Over the next 10 years, TenneT’s investments in Dutch and German offshore and onshore grid connections are expected to total €28bn. With the inclusion of the Dutch offshore projects Borssele Alpha and Borssele Beta, eleven projects are currently part of the Green Project Portfolio and financed through TenneT’s Green Bonds.

The connection of the Borssele offshore wind area in the southwest Dutch part of the North Sea to the onshore high-voltage grid is a large-scale project carried out within the frame of the Dutch National Energy Agreement for offshore wind farms. The Borssele connection comprises two 700MW platforms and two submarine cables and is realised by TSC member TenneT, the Dutch-German transmission system operator (TSO), as the officially appointed Dutch offshore grid operator.

TenneT and wind farm specialist DONG Energy, winner of the public tender for the first two areas of the Borssele wind farm, now have signed an agreement. The contract covers aspects of technical execution, connection, and the power transmission with Borssele Alpha, the first of the two offshore platforms. TenneT’s responsibilities in this regard are not limited to physical issues. Beyond that, the TSO is striving to integrate the renewables into the energy system at minimum societal cost.

Mel Kroon, the company’s CEO, comments on this specific matter: “Because TenneT, and not individual parties with commercial interests, is responsible for all offshore network connections, we have been able to carry out standardisation leading to the desired cost savings for Dutch society.” Marco Kuijpers, Senior Manager Offshore Netherlands at TenneT, adds: “By signing this agreements we, for the first time, formalise the full connection of an offshore wind farm to the Dutch grid.” 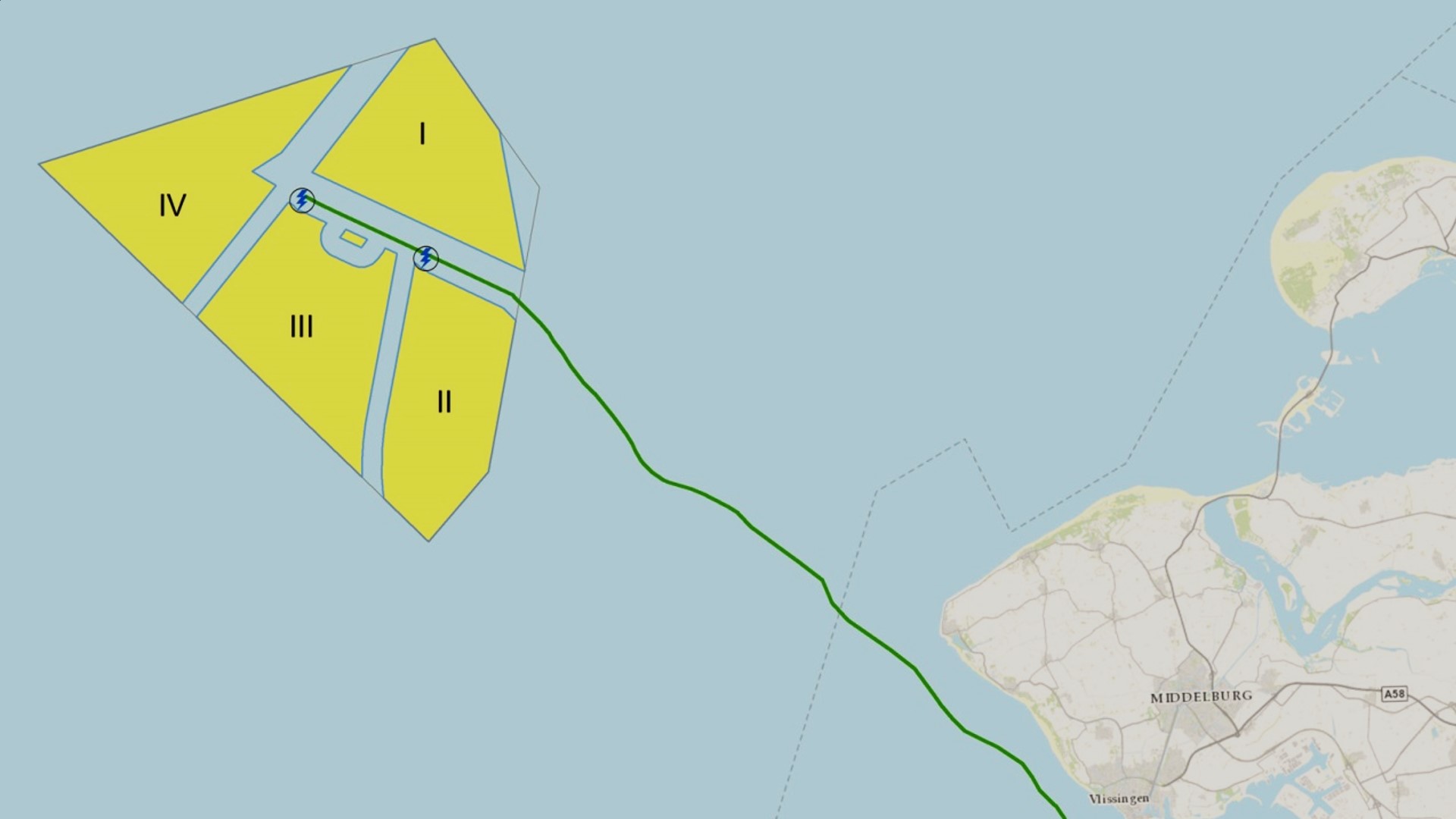 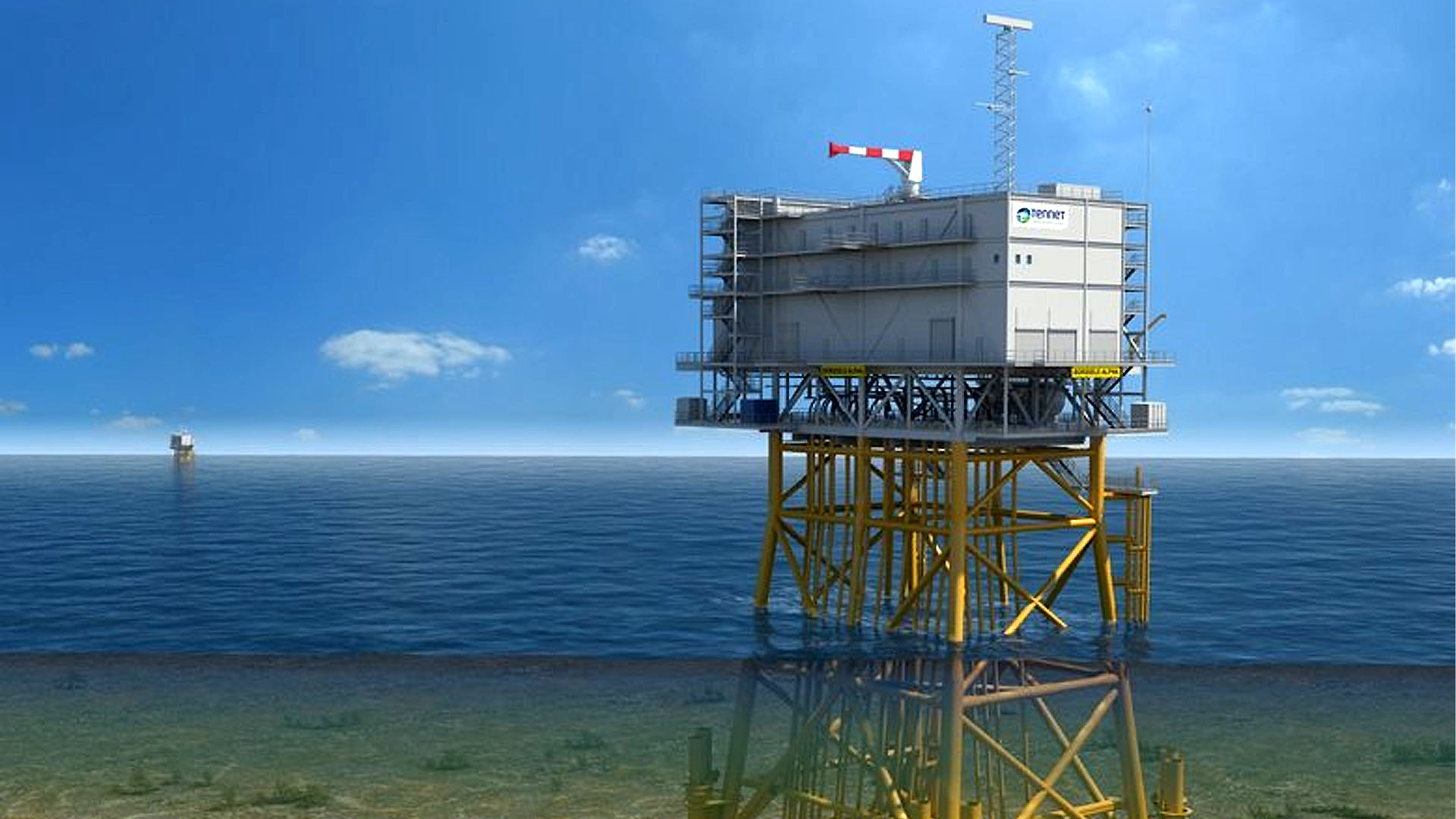