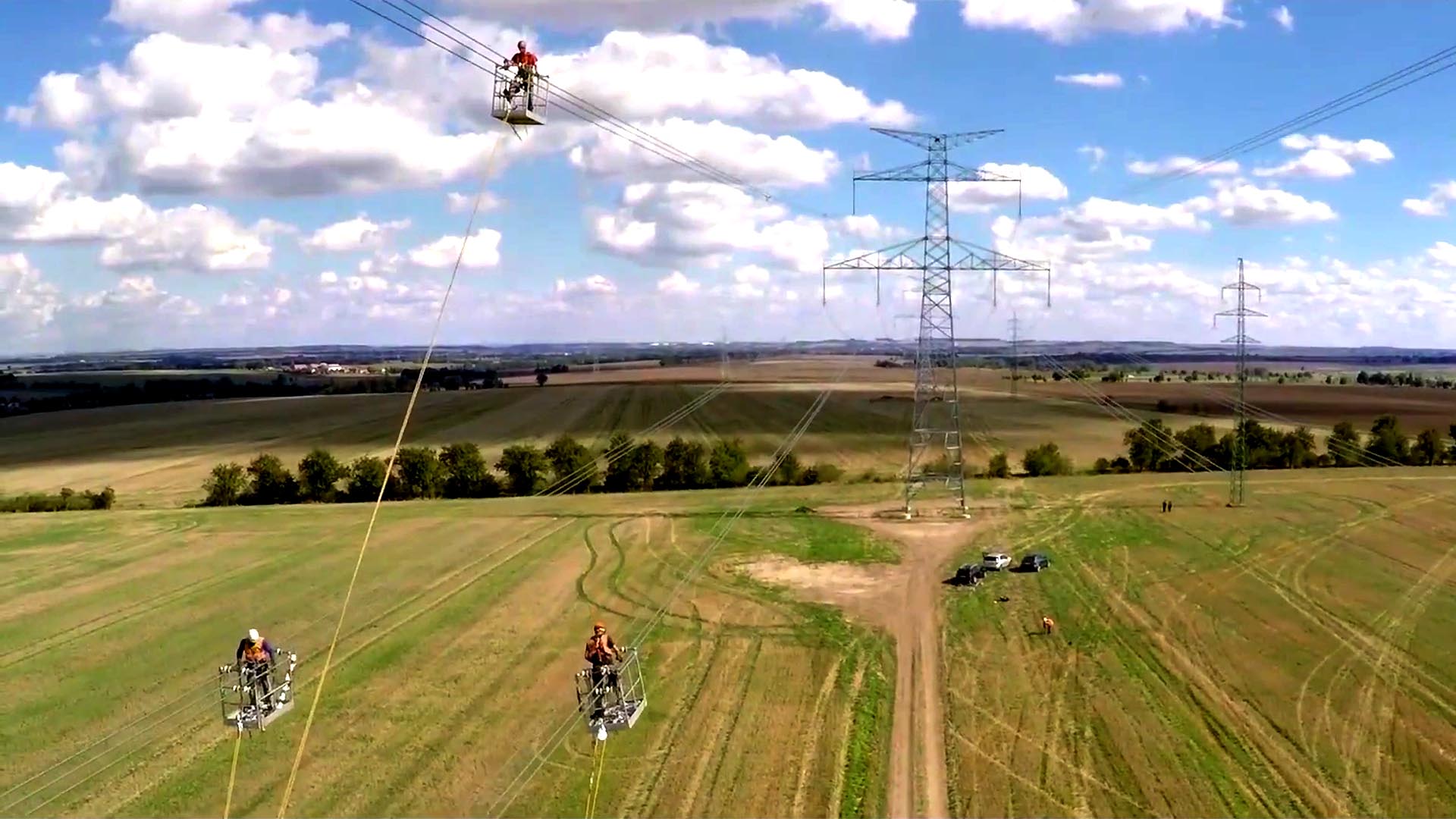 Danes heading towards a sustainable future

Innovation and cooperation are the keywords in the Annual Report 2016 of TSC member Energinet.dk. The national Danish electricity and gas transmission system operator (TSO) is keeping up its proactive efforts to further increase the share of renewable energy within its own control area – while maintaining the high level of security supply – and to promote the energy integration on a European level by means of cross-border collaborations.

An example for the latter is the establishment of Nordic Regional Security Coordinator (RSC), a cooperation of the Nordic TSOs similar to TSCNET Services. The RSC is located in Copenhagen and managed by Energinet.dk. To foster transnational electricity trading, interconnections to Germany, the Netherlands or the UK have been built, promoted, or investigated. These endeavours have been augmented by the implementation of an upgraded DataHub and procedures for a newly conceived wholesale electricity market model involving 130 market players.

Also in financial terms, 2016 has been satisfactory for Energinet.dk. The revenue of DKK13bn (about €1.75bn) is in line with the expectations. On this solid foundation, Energinet.dk will continue working on the framework for a sustainable energy future. 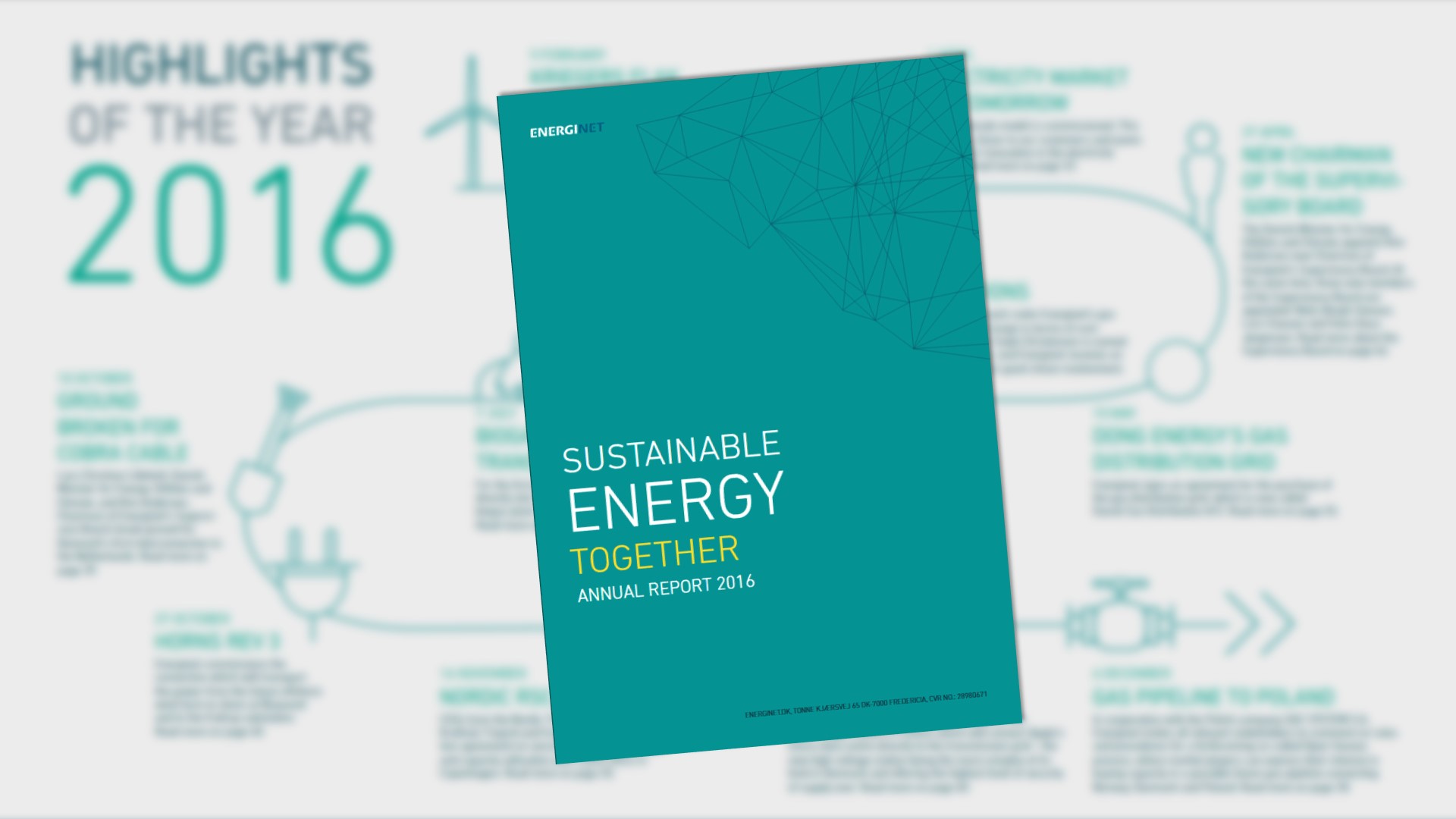 Boris Schucht, CEO of TSC member 50Hertz, one of the four German transmission system operators (TSOs), was in the fortunate position to present remarkable figures during the press briefing on the company’s 2016 annual results. 50Hertz could maintain a share of renewable energies in the overall electricity consumption in its control area in the north and northeast of Germany of nearly 50 percent. The electricity export rate was notably high – with 40.4 terawatt hours of physical net exports, the 50Hertz control area is the significant electricity exporter in Germany and Europe.

Due to grid extension measures, the costs for congestion management could be reduced significantly in comparison to 2015. The company invested €737m in grid extension and grid upgrading, while the 2016 business result is solid and amounts to €128m.

The reduction of congestion management costs clearly illustrates the indispensability of the transmission grid extension in order to succeed with the energy transition and to make it economically as efficient as possible. Boris Schucht cites an important infrastructure project in this matter: The extra-high voltage line “Südwest-Kuppelleitung” from the German federal state of Saxony-Anhalt to Bavaria. Since its partial commissioning in late 2015, it “has contributed significantly to the cost reduction of about €180m compared to the previous year,” said Schucht. “One thing comes very clear: Grid extension makes an impact!” 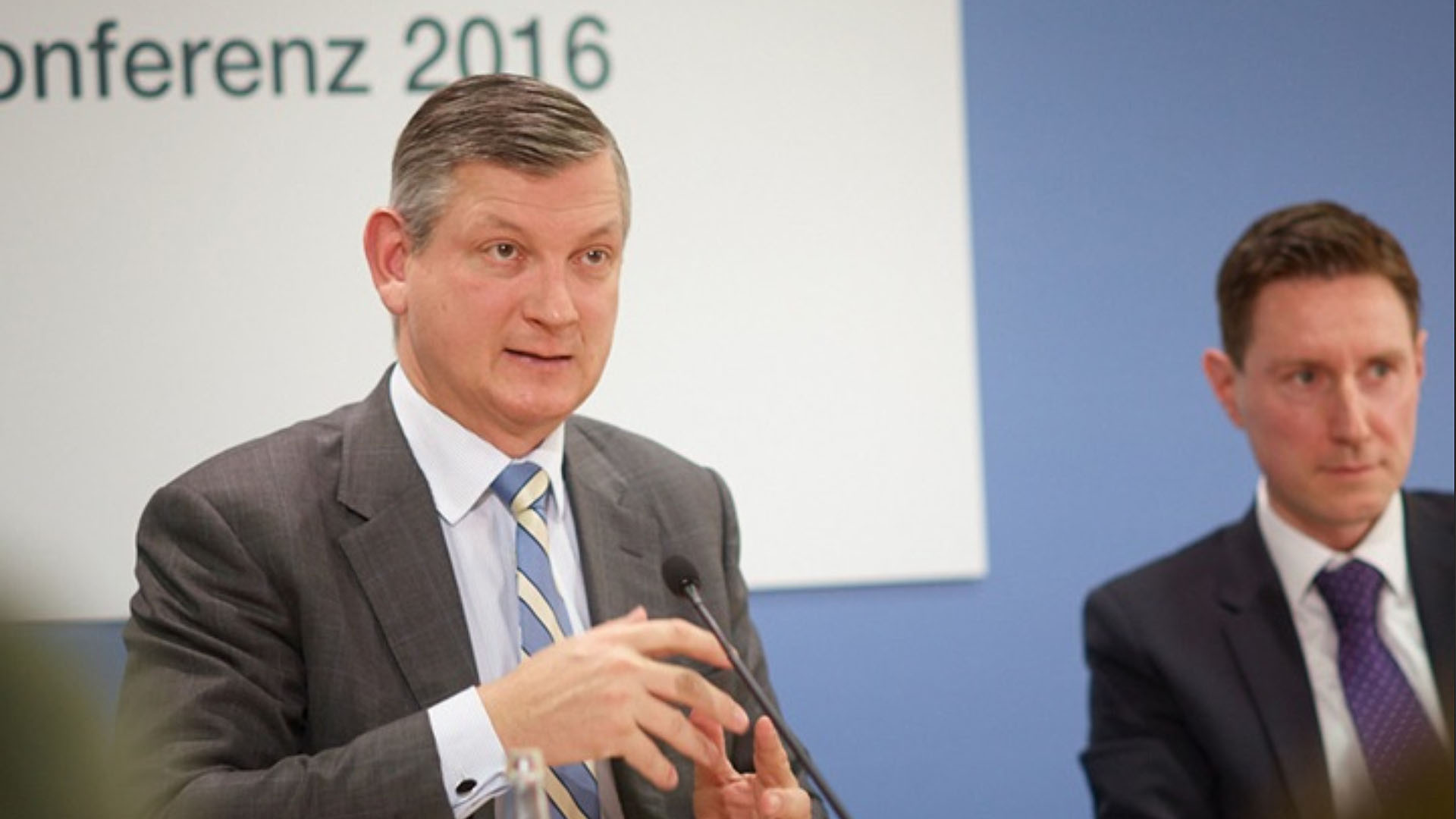 Stable financial results and an ongoing commitment to the success of the energy transition: These are the landmarks of TenneT’s business year 2016 presented in the company’s integrated annual report. Moreover, the Dutch-German transmission system operator (TSO) and TSC member is contented to report that its high-voltage grids in the Netherlands and Germany achieved a high supply security of 99.9999 percent uptime in 2016.

TenneT invested nearly €1,85m in tangible fixed assets in 2016. Above all, offshore facilities could benefit from this significant high level of investments. This is hardly a surprise, since last year the Dutch government appointed TenneT the Netherlands’ offshore grid operator, while in the German part of the North Sea, nine offshore grid connections are currently operated by the Dutch-German TSO. To cover the investments in the transmission of sustainable energy, TenneT successfully issued a total of €1.5bn of green bonds in 2016. A further major concern is the increase in cross-border transmission capacity, and TenneT has achieved excellent results also in this field.

TenneT’s plans for the future are accordingly ambitious. The company intends to invest €25bn in grid infrastructure in the Netherlands and Germany over the next ten years in favour of future regional and supra-regional supply of renewable energy. Commenting the figures, TenneT’s CEO Mel Kroon particularly emphasised, that in order to fully exploit the northwest European potential of sustainable energy, “innovations, partnerships and international cooperation” are of the highest importance. “In 2016, we have taken effective steps in all of these areas and we will continue to do so in the years to come.” 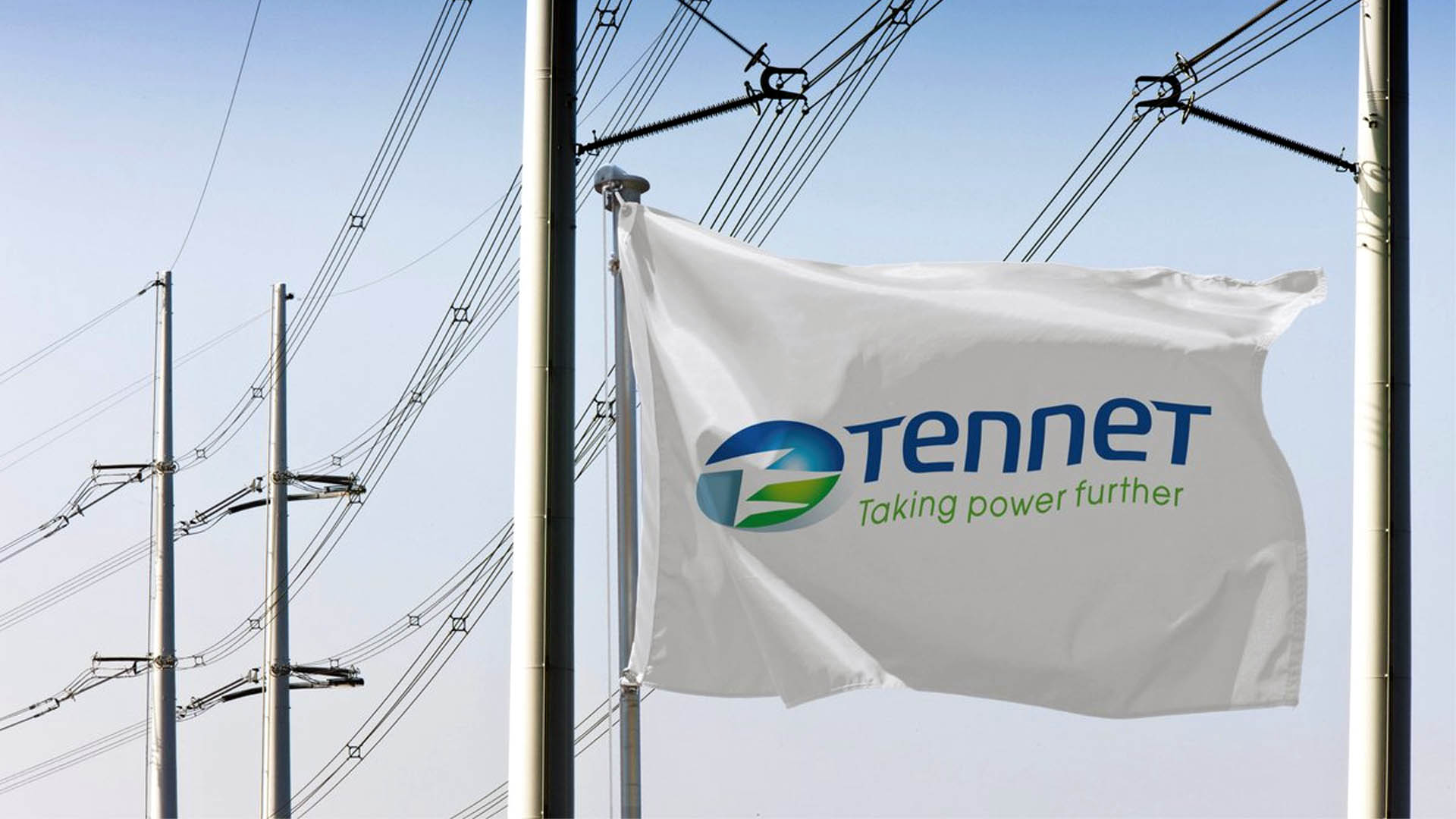 The Slovenian transmission system operator (TSO) and TSC member ELES has published its annual report for 2015. On 157 pages the company offers a detailed insight in the figures and operations of ELES in 2015. A special feature of the current report is the inclusion of artistic photographs from young Slovenian photographers dealing with concepts and practices of energy transmission.

2015 was a successful and significant year for ELES. The most important event was the receipt of the Slovenian TSO-concession for the next 50 years. Furthermore, ELES was able to finalise two major investments: the updating of supervisory control, data acquisition and energy management systems in the national control centre of the Slovenian electric power system as well as the implementing of modern enterprise resource planning systems. These accomplishments represent a giant step towards improved business excellence and the realisation of a trans-European grid network. Concerning the latter, ELES cooperates closely with other TSC members and members of the European Network of Transmission System Operators for Electricity (ENTSO-E). The coupling of the Slovenian market with the Italian electricity market by means of multi-regional coupling (MRC) has to be considered as the company’s key achievement regarding cross-border transmission capacity in 2015. Besides that, the TSO pursued various projects in the field of smart networks, proving the company’s capability of implementing new technologies.

Through providing regional grid stability and supply security with one of the most technologically advanced networks, ELES strives to maintain its prime role in the Slovenian electric power system. To justify the trust placed in the company, ELES will keep up its high ambitions, rise to the challenges of a changing electricity market and introduce technological innovations. 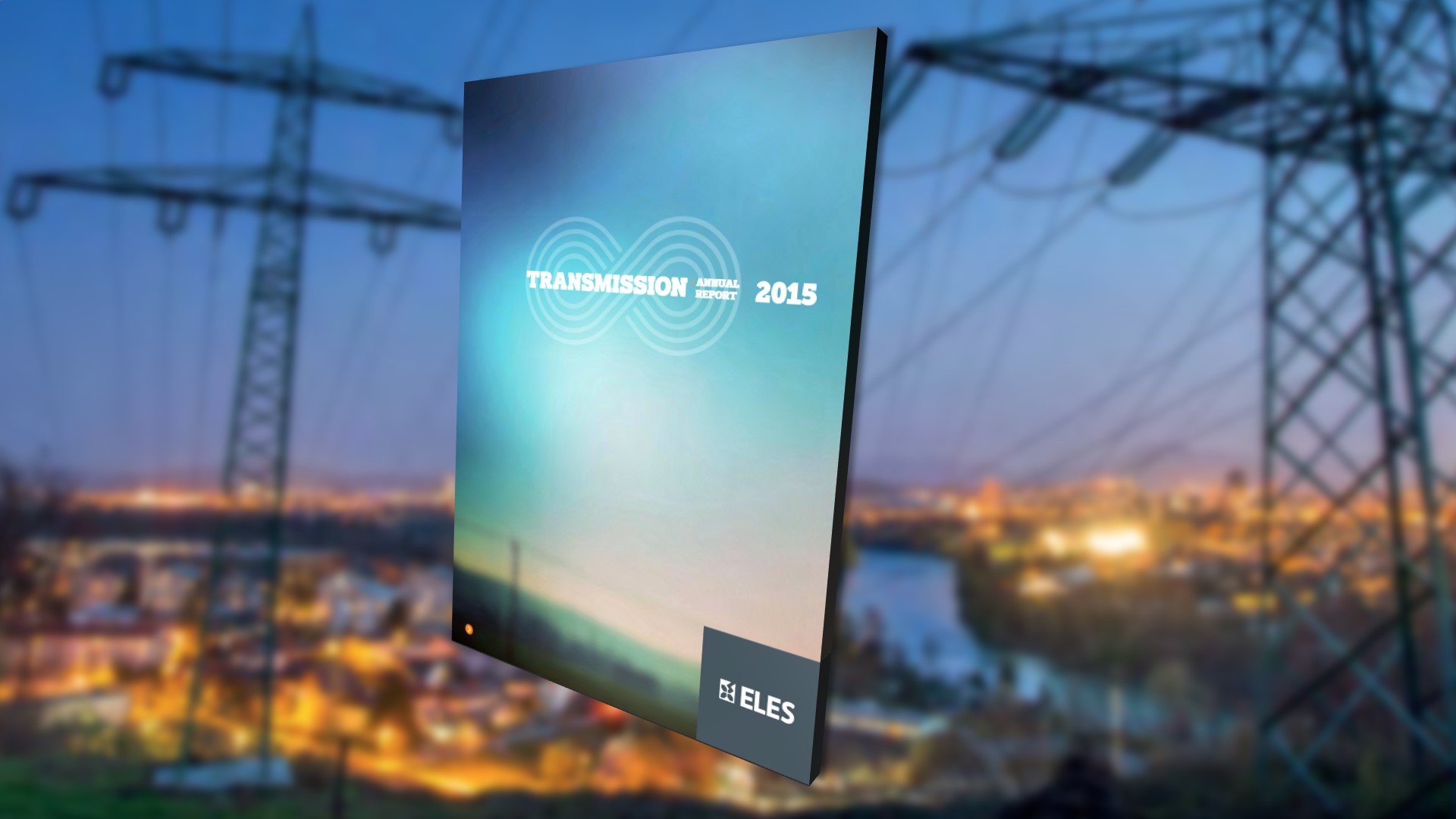 TSC member Amprion, one of the four German transmission system operators (TSOs), held its annual press conference on 15 June 2016 in Frankfurt am Main, Germany. The TSO looked back on the previous fiscal year and gave predictions for the current year.

Amprion’s Chief Commercial and Financial Officer, Dr. Hans-Jürgen Brick, commented on the situation of grid developement in Germany: “Last year, the legislature has laid down the tracks for the network expansion. The task now is to implement the projects quickly and citizen-friendly.” Already by now the company’s progresses regarding grid expansion are notable. This applies not only to flagship projects like the direct current line “Ultranet”, which Amprion jointly develops with further TSC member TransnetBW, but also to many other less prominent but equally important line constructions. Chief Technical Officer Dr. Klaus Kleinekorte referred to more than 300 line and plant construction projects in 2015. This led to an increase of Amprion’s investments in the electricity grid to a total amount of €474m in the respective year. In 2016 the TSO plans to outnumber last year’s record level by investing €550m. In doing so, Amprion relies on innovative technology, transparency and citizen participation: In 2015 the company informed the public about construction projects at more than 500 events.

Dr. Hans-Jürgen Brick appraised Amprion’s power lines as “life lines of the national economy”. In 2015 Amprion’s high-voltage grid –with a total length of 11,000 km – distributed around 190 terawatt-hours of electricity. Also in economic terms the last year was a success for Amprion. With €11.9bn the revenues reached a new record high and profits increased by 14 percent to €171m, partially favoured by law and tax-related one-time effects. “On balance we have a stable earnings level”, concluded Brick. 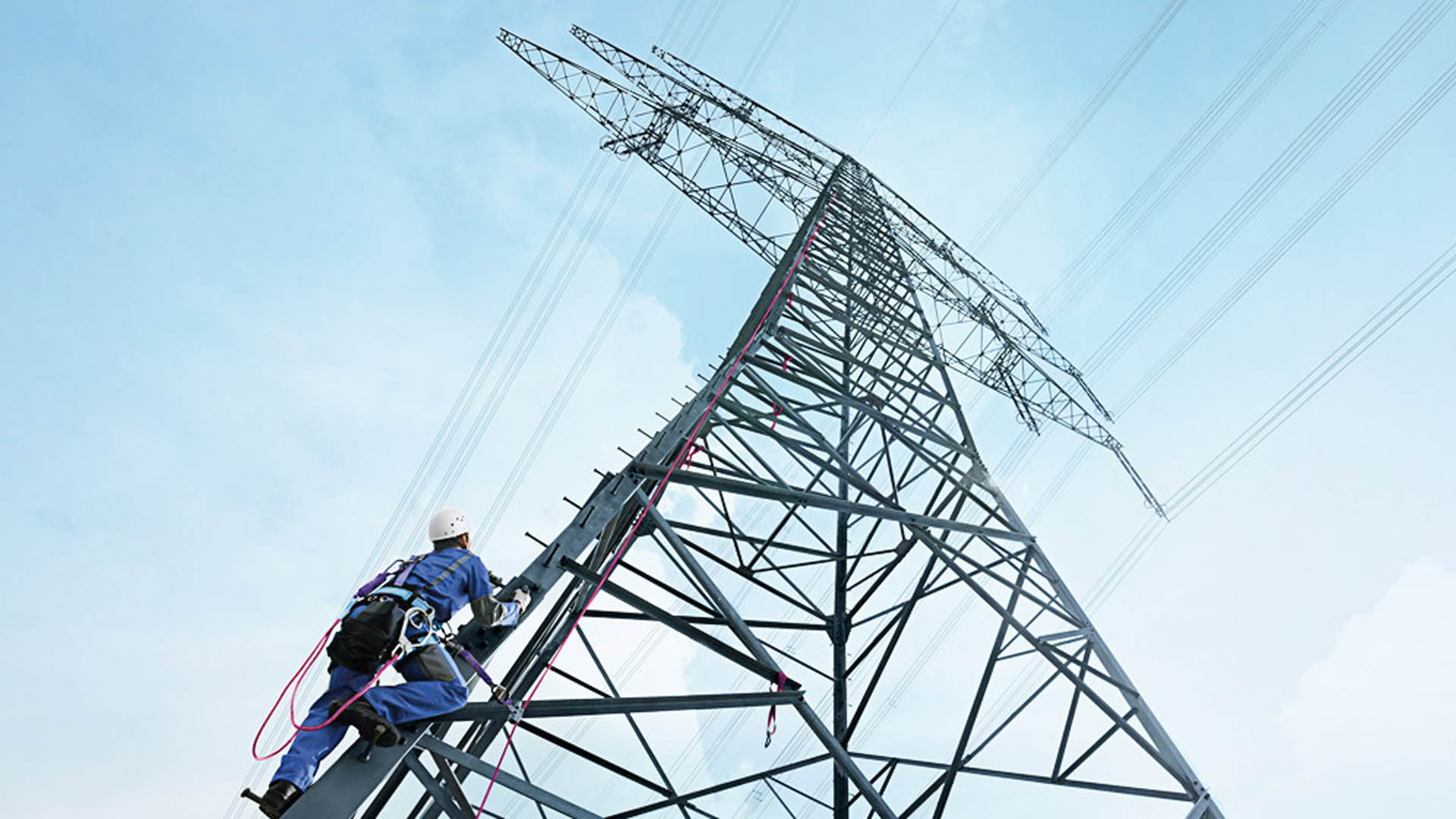