A whole lot of aspects from the half-year report of TSC member Tennet are worth mentioning, but what might be considered as especially valuable and forward-thinking is the continuing effort of the Dutch-German transmission system operator (TSO) in promoting the European energy collaboration and market integration. Tennet complements these efforts with the development of digital solutions for the renewable’s integration to facilitate the energy transition.

Mel Kroon, CEO at TenneT, mentions two essential catalysts of a sustainable European energy future: “Further integration of the North-West European electricity markets” to improve green energy management, as well as “smart, innovative systems” to match future energy demand and supply. Among TenneT’s most prominent international projects are the so called Power Link Island, a North Sea Wind Power Hub to be developed jointly with Danish TSO Energinet, the COBRAcable between the Netherlands and Denmark, or the NordLink cable to connect the Norwegian and German electricity markets. TenneT’s key initiative in terms of smart software solutions is the research on block chain technology fostering local, flexible electricity generation.

The company’s European commitment is emphasised by the opening of a representative office in Brussels in June and the appointment of Ben Voorhorst, Chief Operating Officer of TenneT, as President of the European Network of Transmission System Operators for Electricity (ENTSO-E) in March. As far as TenneT’s operating results in the first half of 2017 are concerned, the TSO reports satisfactory figures, with profits before interests and taxes growing to €478m. Infrastructural investments in the Netherlands and Germany remained on a high level since large-scale grid extension projects, on- and offshore, are being implemented continuously. To help financing these investments in the transmission of the renewables, TenneT has yet again succesfully issued long term green bonds with a nominal total value of €2bn in March and June respectively. 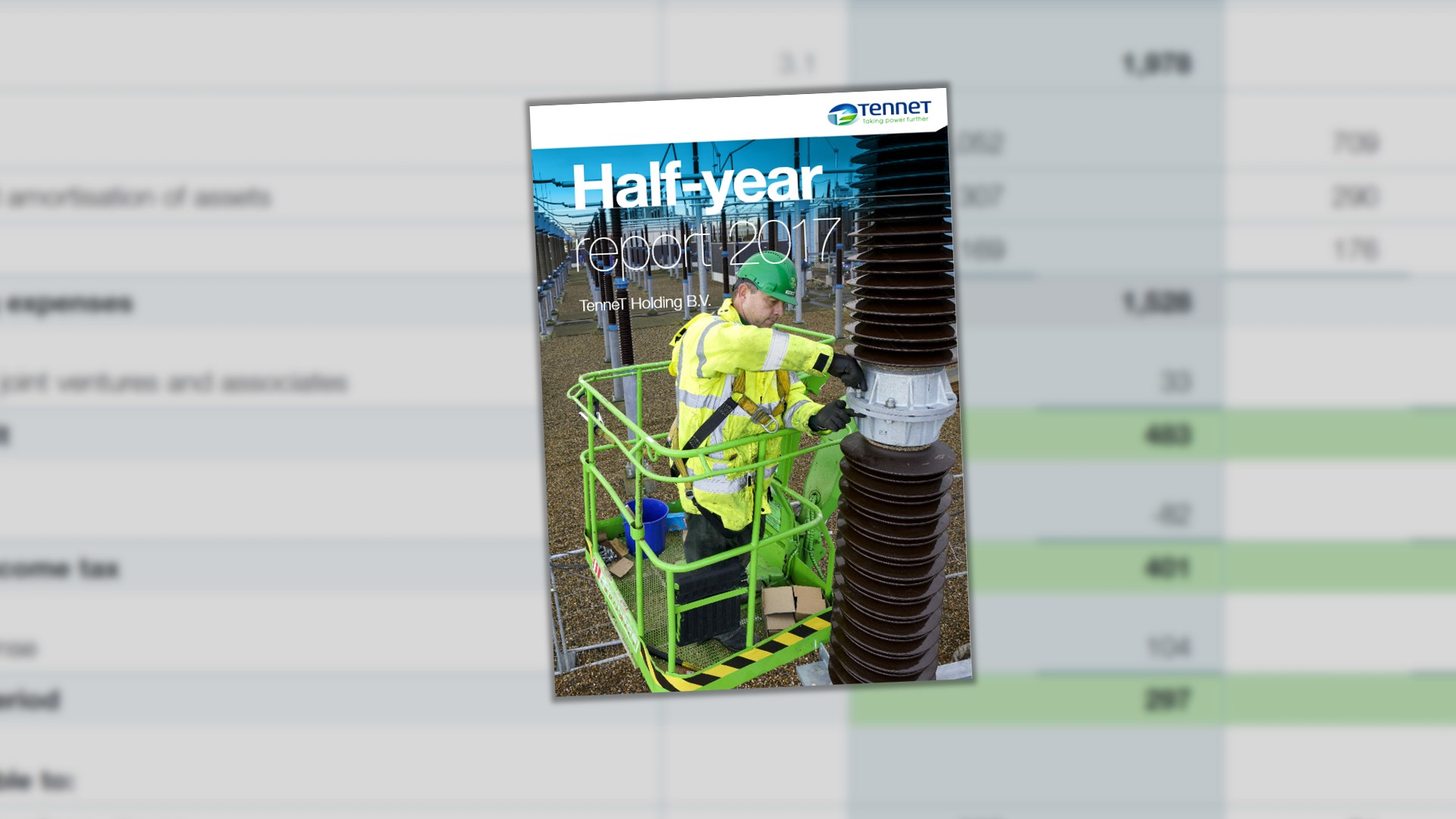